What apps do you use? The October 2016 edition

It’s that other popular question: “What apps do you use?”

It’s a hard question and an easy one. I use a lot of apps, or I have used a lot of apps, since I’ve tested more than 500. But I use the same eight or 10 most of the time. There’s another half-dozen that I use for special purposes, such as stabilizing video.

But one thing I’ve noticed is that there hasn’t been a lot of innovation in apps that perform the core journalism functions of photographing, recording and editing. There’s been some interesting apps around the perimeter, but these are mostly post-production apps that may add value to what we’re doing, but don’t address the core. So if you follow these posts, you’ll see that a lot hasn’t really changed since the last update.

So here’s the lastest: 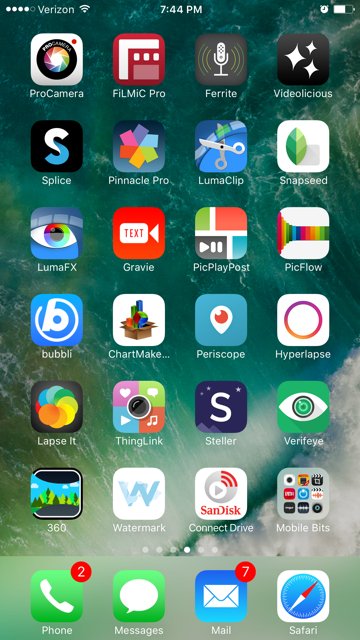